Must Know! This is the Format of the M4 World Championship Tournament GridGames.ID – Some time ago, Moonton stated that the M4 World Championship will be held on January 1 – 15, 2023 in Jakarta, Indonesia.

The international-scale Mobile Legends: Bang Bang (MLBB) tournament will compete against 16 professional teams from various countries in the world. 16 teams that will compete in the M4 World Championship

They will compete for the championship title and the total prize pool is more than USD 800 thousand.

The reason Indonesia is hosting M4 is because esports in the country has grown rapidly over the last few years.

This Group Stage phase uses a Best of 1 (Bo1) match system where each team will only play 6 matches. No one is eliminated in the Group Stage phase, but the top 2 teams from each group will advance to the Upper Bracket and the bottom 2 teams are declared to be in the Lower Bracket.

After the Group Stage is complete, the sixteen teams will enter the Knockout Stage.

In the Knockout Stage, the team that enters the Upper Bracket has two lives, while the losing Lower Bracket team will be immediately eliminated. 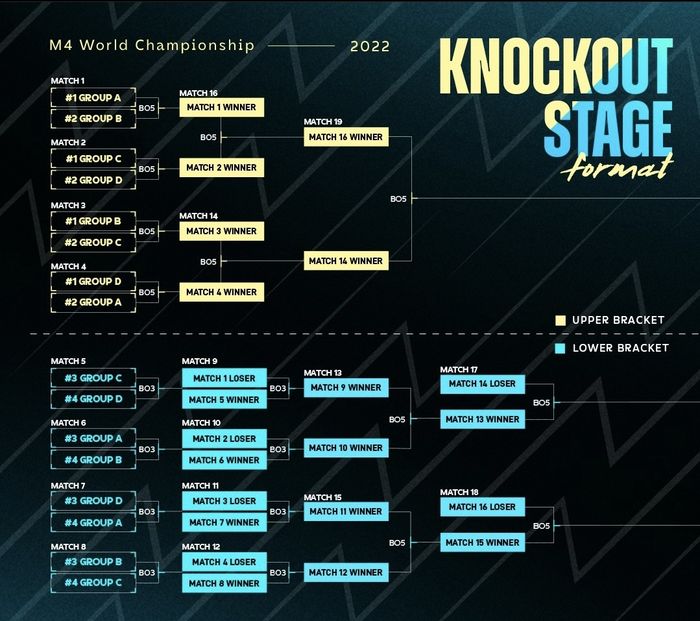 The highlight of the M4 World Championship is the Grand Final which will be held on January 15, 2023.

The Knockout Stage and Grand Final will be held at Istora Senayan, Jakarta.

The M4 World Championship Grand Final will bring together the two best teams in the world who will compete for the title.

In the Grand Final round, the Best of 7 (Bo7) system will be used. A Roundup of New Mobile Games Coming in November – About Netflix

How long is God of War Ragnarok? Story length and full completion