10 Most Selling Game Consoles of All Time

The best-selling game console of all time may be unexpected. Maybe a lot of people guessed wrong. Is it Nintendo, PlayStation, or Xbox?

There are indeed many choices of game consoles available in the market. However, only a few are truly in demand by consumers to make it the best-selling game console of all time.

This console, provided an interesting and memorable 16-bit experience for its players at that time. The Super Nintendo Entertainment System holds a lot of memories for the 1990s generation.

2. Xbox One — 50.56 million units
Microsoft designed the Xbox One very well. The console has many consumer-friendly features such as Xbox Game Pass, Play Anywhere, and Games with Gold.

Although Microsoft has not officially announced exact figures for console sales, the Xbox One is estimated to have sold 50.56 million since its release seven years ago.

While home consoles existed before this, it was the Nintendo Entertainment System that put them on the map, giving people a way to play games at home at an affordable price.

While other consoles featured online functionality before, the Xbox 360 made online console gaming far more mainstream. This console is also popular thanks to the games it offers, such as Gears of War, Halo 3, to Grand Theft Auto IV. 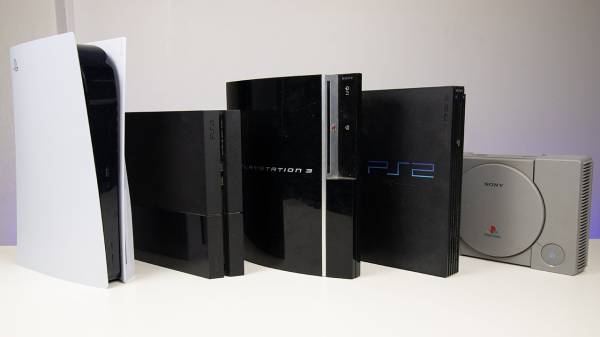 PlayStation 3 offers games with fantastic ideas. The console drives indie titles like Journey, Hotline Miami, and Guacamelee!, and its AAA experiences like the Uncharted trilogy.

6. Nintendo Wii — 101 million units
There is no console like the Wii yet. Everyone wanted it, and for the first year or two after its launch, this one game console sold out everywhere.

While aimed at a wider audience, with a focus on casual experiences like Wii Sports and Wii Fit, the system still has some games for “core” gamers like Super Mario Galaxy games.

8. Nintendo Switch — 107 million units
It is one of the most unique consoles in history, allowing users to take the Switch with them on the go, play it at home, or play in tabletop mode with friends.

According to Nintendo, games for the Switch will continue to be released for years to come, with the potential to sell even more consoles from the PS4 worldwide.

The lineup is arguably one of the strongest in history, with the likes of Bloodborne, God of War, Marvel’s Spider-Man, Red Dead Redemption 2 successfully captivating audiences around the world.

10. PlayStation 2 — 157 million units
The Playstation 2 is without a doubt, the best-selling gaming console ever. Its sales stats are so huge that it’s hard to compare them to other game consoles.

PlayStation 2 is one of the most affordable consoles and also allows players to play more than 3,500 published games. The popular game that was born on this console is Grand Theft AutoSanAndreas.

A Roundup of New Mobile Games Coming in November – About Netflix

How long is God of War Ragnarok? Story length and full completion